I am a London-based writer, whose main interest lies in music journalism. My experience includes writing for the independent music journal Envert Entertainment and my current position as the Head Music Editor for Strand Magazine, an award-winning, student-run arts and culture magazine based in Central London. Some of the key events I've covered include Reading Festival, London Fashion Week, the EFG London Jazz Festival, and the Ditto X: Meet The Industry music convention, where I did general event coverage, artist interviews, and photography. Additionally, I have interviewed artists such as The Hunna, Thomas Headon, and Ariel Posen. I also worked as the Editorial Consultant for the London startup Letterwell, helping the company to complete important documents, such as their Pitch Deck and FAQ. Finally, I also work as a professional photographer and often do photography for the events and artists I cover. 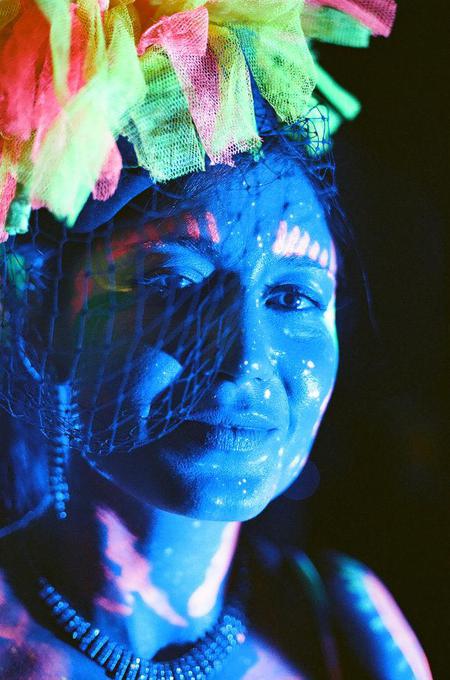 A Night of Neon and Music

If you’ve ever been to London’s class before, then you likely know how much of a treat a night full of neon can be. Started by Jylle Navarro, the class’s UV lights and bright neon paints react together in a way that brings you into another, more colourful world. With Jylle now expanding her neon experience to live music, even those less artistically inclined can now enjoy the fun of a neon night out. On the 13th of November, the basement of The Troubadour in Earl’s Court played host to this neo 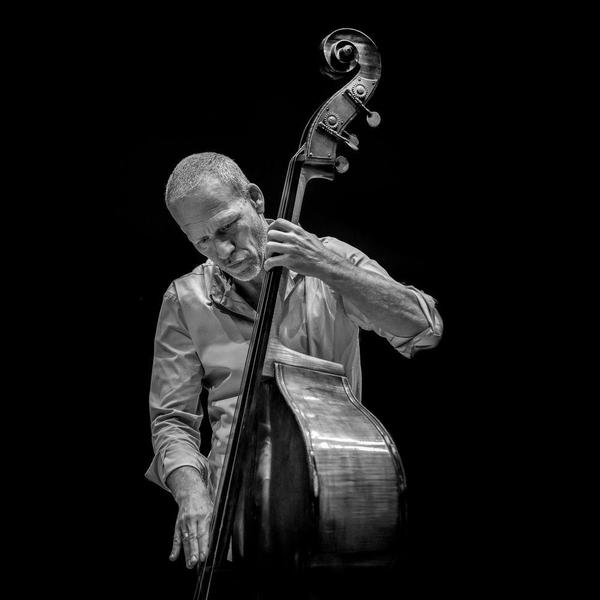 While bassists are often the backbone of musical groups, it is atypical for the bassist to take the front-and-center stage. However, Avishai Cohen and his trio are anything but typical. At their performance at the EFG London Jazz Festival, the trio was on fire. Their songs were so sonically layered that it seemed almost unbelievable that only three instruments were creating such sounds. As exceptional jazz musicians learn to do, throughout the performance Avishai Cohen and his trio weaved in-and 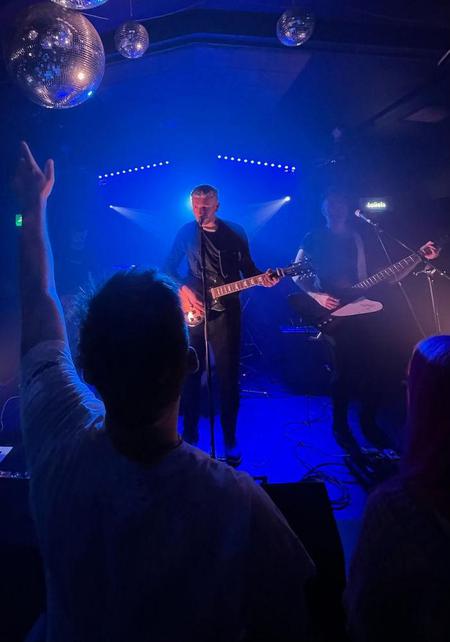 On the 21st of October, Tom Lumley & The Brave Liaison rocked The Grace in Islington. Celebrating the launch of their new album, Everything’s Affected, the band played to a packed audience in the small, intimate venue. The space was filled with their raucous sound and chaotic punk energy. The Grace’s small size allows for direct artist-to-audience interactions during shows, and Tom Lumley & The Brave Liaison took full advantage of this fact during their set. Members of the band hopped into the c 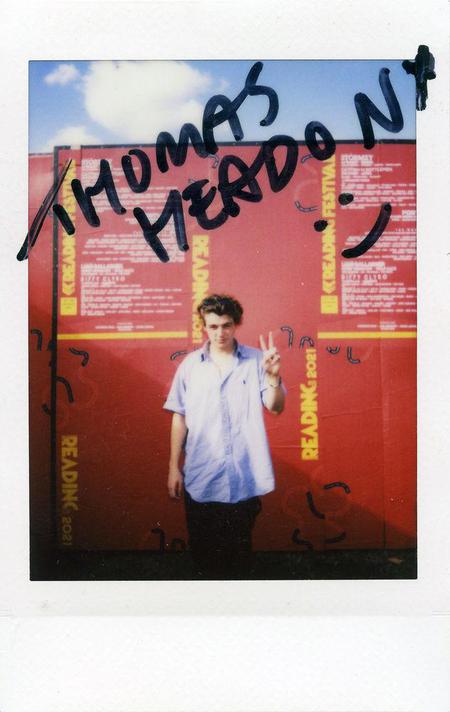 Thomas Headon is the epitome of the modern musician. Having blown up mainly through TikTok and other forms of social media, Headon has used these tools to reach a wide audience and grow a large fanbase. During our interview, Headon admitted that he views his social media fans more like friends than just fans of his music. He loves that he can Tweet, ‘Good morning,’ and they’ll Tweet it back to him. This direct artist-to-fan interaction is the product of Headon’s young age. As he said himself dur 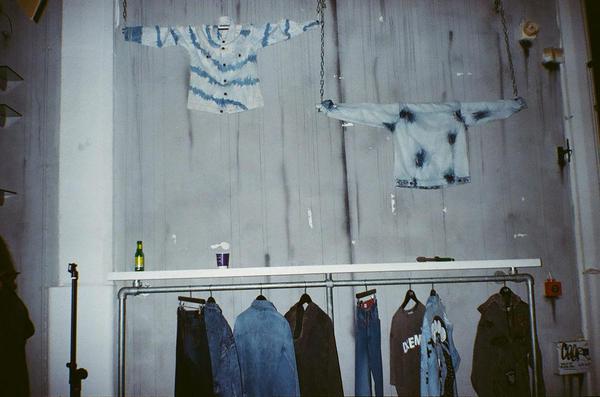 Influenced largely by rock music, Nok Nok’s SS21 collection has the same rebellious and edgy attitude as the artists who inspired it. Claiming to take influence from both London’s urban environment and musicians like Janis Joplin, Kurt Cobain, and Jimi Hendrix, Nok Nok’s London Fashion Week Pop-Up event oozed with the style and panache one would associate with these historical names. Appropriately, Nok Nok set up their event directly across from a vinyl collectors’ mecca, Rough Trade East, in Sh 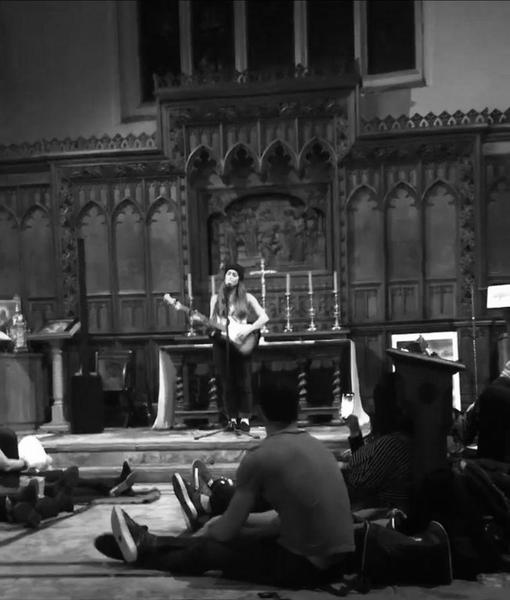 Set up in cities throughout the world, Sofar Sounds revitalises the live music experience by creating intimate gigs in unique spaces. On Friday, the 15th of October, Sofar once again created a beautifully unique night of music, putting on a show in St. Mary Aldermary. Largely rebuilt after the Great Fire of London in 1666, the church building itself is over 300 years old, so it provided an exquisite background to the artists’ performances as well as unbelievable acoustics. Though this pop-up ven 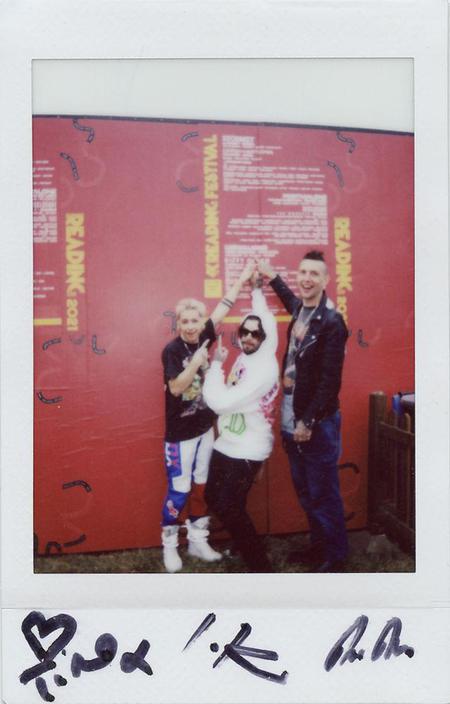 In Conversation with The Hunna @ Reading Festival

The Hunna self-describes their music as Pretty Boy Grunge or PBG for short. This joking way of describing their music helps to show The Hunna’s incredibly personable sense of humour. As I spoke more with the band, I felt that I really got to know them both as people and artists. After almost two years of Covid lockdowns, this Main Stage Reading Festival performance was the first time The Hunna’s members had played live together in front of an audience in quite some time. Coming straight off of a 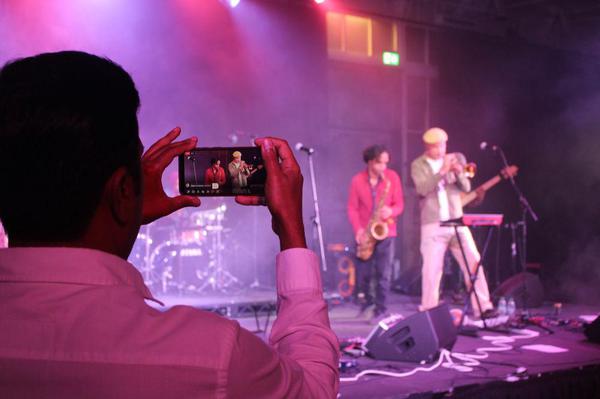 Despite the fact that there are certainly smaller venues throughout London, Woolwich Works, which recently opened its doors on the 23rd of September, might take the prize for being one of the most intimate venues London has to offer. On the weekend of the 8th and 9th of October, audiences at Woolwich Works were treated to an eclectic mix of genres as the former front-woman and bassist for Noisettes, Shingai, brought her afro-futurist music which is inspired by her London, Bantu, and Zimbabwean h 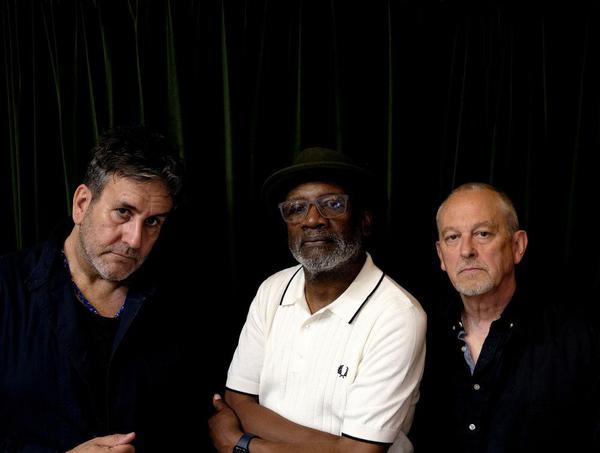 Preceding the release of their newest album Protest Songs 1924 — 2012, The Specials appropriately proved at the Roundhouse in Camden that their protest music is just as important and relevant today as it was 44 years ago when they first formed. Important figures in the English 2 Tone and Ska revival movement, The Specials have gone through many line-up changes and evolutions over time. However, the band’s roots as a politically progressive and outspoken group has not faltered. Perhaps these uphe 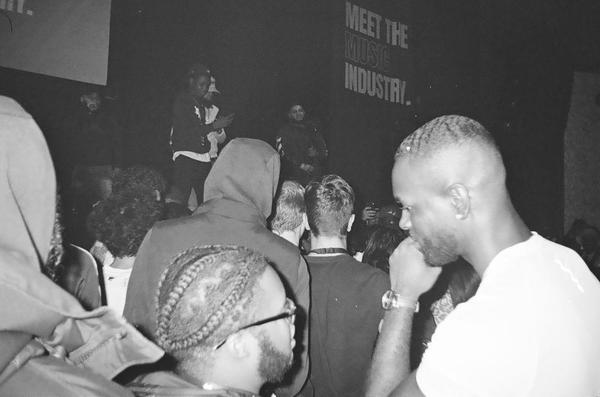 ‘Ditto X: Meet The Industry’ was an event that truly sought to help artists attempting to break through into the music industry. It is no secret that music is a hard business to break into, and Ditto Music—an online distribution company whose aim is to help independent artists to release their work—sought to provide a space with this event where people could network and learn from already established industry experts. Not only did I feel incredibly grateful to be invited to attend this event, b 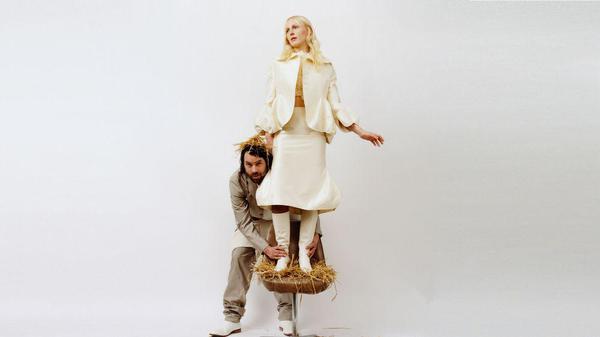 LUMP Give Otherworldly Performance At The Scala

LUMP—the collaboration between British singer-songwriter Laura Marling and multi-instrumentalist Mike Lindsay—performed a wonderfully psychedelic set at London’s Scala venue on the 6th of September. This was the final stop of a short UK tour which coincided with the release of the band's recent record, Animal. Dressed in frilly, flower-like lace and basking in the glow of constantly changing, colourful lights and fog machine smoke, the set’s vibe was highly reminiscent of a scene out of A Midsum 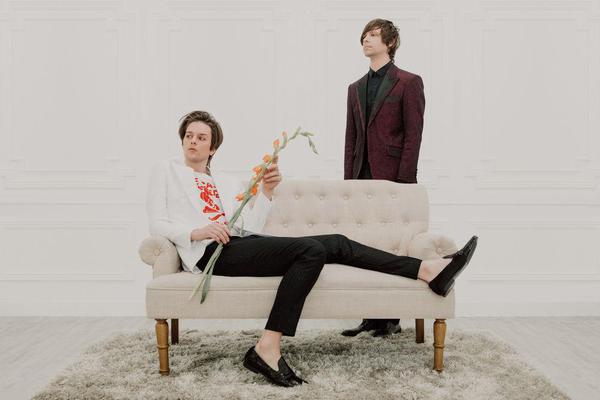 On the 31st of August, I Don’t Know How But They Found Me (commonly shortened to iDKHOW) gave a killer set at The London Forum. Fronted by former Panic! At The Disco member, Dallon Weekes, iDKHOW evokes Panic! At The Disco’s early sound. While normally just comprised of Dallon Weekes (bass guitar and vocals) and Ryan Seaman (drums), they were also joined by a guitarist. At one point during the show, Weekes joked that they were the only musical duo that was made up of three members. Coming right 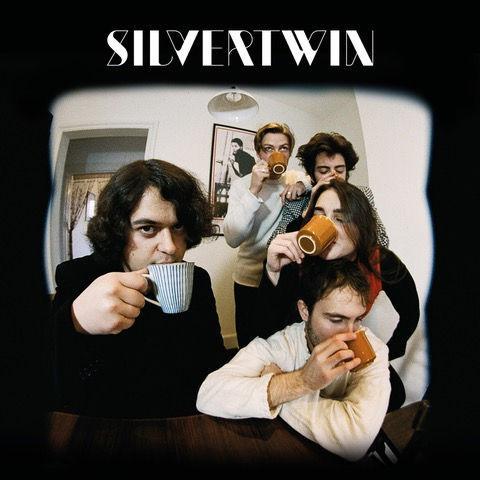 There was a palpable energy in the basement of the Sebright Arms as the band, Silvertwin, played a killer set. This was the first gig that the band has gotten to play since Covid’s outbreak, and likely the first show for many in the audience since the pandemic. Perhaps due to this, music’s ability to bring people together was on full display the other night, as the audience danced and sang along to Silvertwin’s set. However, it was truly the combination of Silvertwin’s musical talent and lively 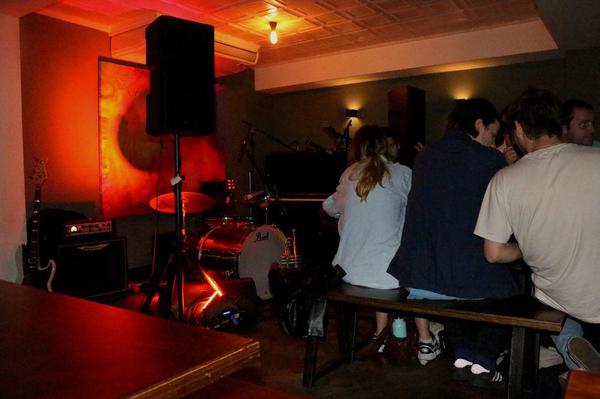 As a music lover and a resident of Shepherd’s Bush, there is one local spot I find myself visiting almost every week. Originally intended just as a pop-up record shop, during a period in which the owners Louis, Alfie, and Thom were out of work, Next Door Records has blossomed into a buzzing hub of youthful creativity. As one of the co-owners, Louis Raworth, puts it: ‘We quickly realised that we could develop the pop-up into a multifaceted venture and we began to develop Next Door Records into a 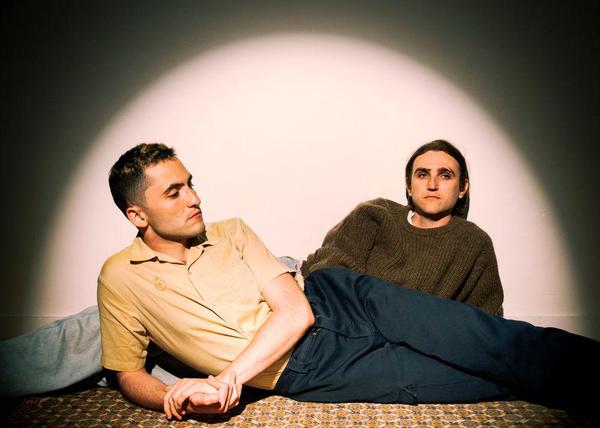 As music evolves, artists are continuously looking to the past for inspiration. The Brighton/ Bristol duo, Spang Sisters, made up of bandmates Rachid and Jules, are acutely aware of the cyclical nature of music, as they openly pay tribute to their biggest influences on their eponymous, debut record Spang Sisters. Released today (21/05) from Bathtime Sounds, Spang Sisters’ own label, the album is an impressive debut from a band to watch out for. On Spang Sisters, Rachid and Jules capture a distin 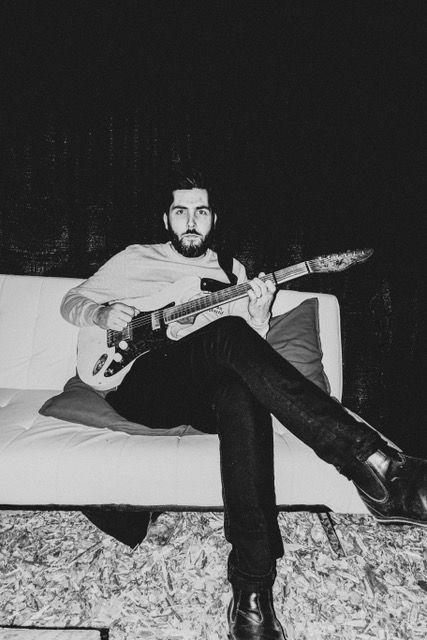 In Conversation with Ariel Posen

Deemed a ‘modern day guitar hero’ by and one of ‘ten best rock guitarists in the world today’ by , Ariel Posen’s virtuosic talent has clearly not gone unnoticed, both by mainstream media and by Posen’s fans alike. Initially inspired by his musician parents, he told us that he was already flying between his parents’ shows at only two months old. After the initial inspiration from his parents, Ariel Posen cites an extensive list of musical influences, which includes artists like The Beatles, Nirva 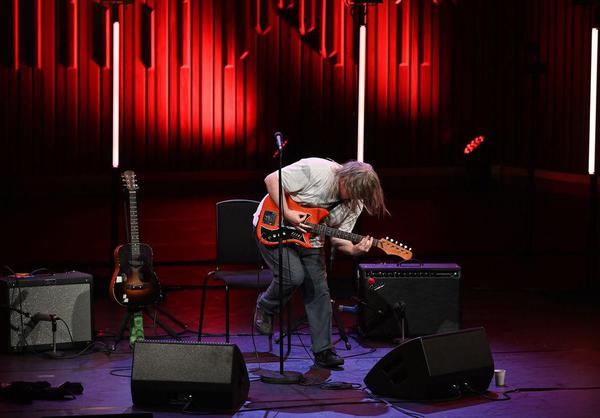 Richard Dawson: Live(streamed) From The Barbican

Often lauded as the English Captain Beefheart, Richard Dawson’s music is both raw and experimental; however, while his performance this Sunday at the Barbican certainly had its moments of beauty, I found that his performance often fell flat. Performing as a live solo artist without a band or studio tricks to hide behind, Dawson’s guitar playing and vocals were put under a microscope. Dawson is well-known for playing a formerly broken and repaired guitar, which he says gives his instrument a uniq 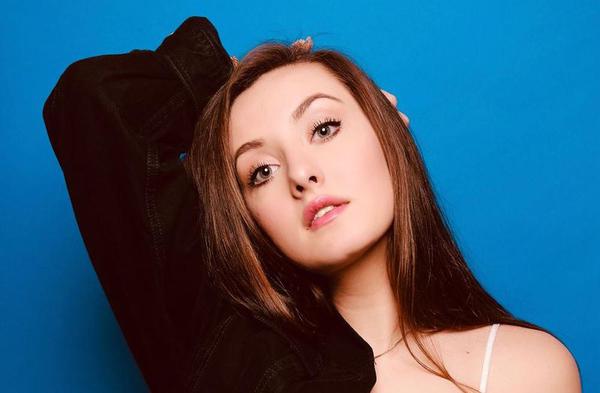 From a young age, pop singer and songwriter Caroline Sky always knew she wanted to make music. In fact, by the time she was five years old she had already become a member of the San Francisco Girls Chorus. Then later at the tender age of twelve, she landed a role in San Francisco Opera’s production of Turnadot. When people would ask her what she wanted to do when she grew up, she already had her plans mapped out. “That’s just what I want to do,” says Sky, adding, “and my parents kind of laughed 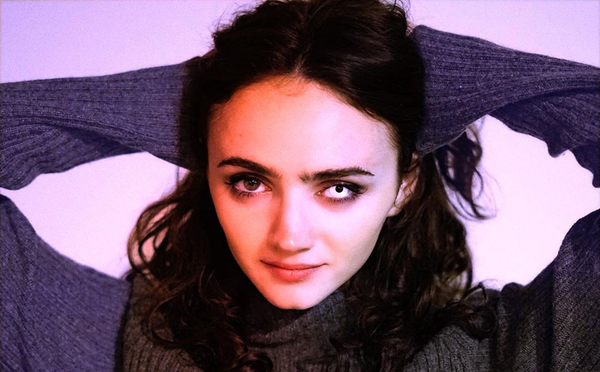 Sir Chloe Wows With Relatable Story of Heartbreak On ‘July’ 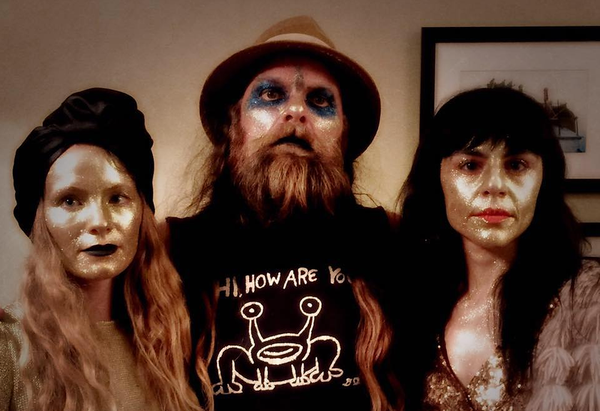 Alternative rock group, Thor & Friends, have released a new special edition compilation bundle via Joyful Noise Records! The two album bundle features the vinyl records for their albums “3” and “4.” “3” is the third LP in Thor and Friends’ discography and has been a long time in the making, with Thor saying, “this record was made over several years and in many locations. Only by the grace of the brilliant Jeremy Barnes was it all sewn together into this fantastic tapestry of sound you are lucky
Load More Articles
Close ✕